With Irkutsk, Ulan-Ude and Mongolia extensions

The “Blue Eye of Siberia”, the “Sacred Sea” – world’s deepest and oldest freshwater lake, holding one-fifth of the planet’s freshwater supplies, located in a remote area of Southern Siberia, north of Mongolian border.

Lake Baikal was formed as an ancient rift valley, some 25 – 30 million years ago, and has typical long crescent shape with a surface area of 31,722 km2. Maximum depth of the lake is 1,642 m. It’s also been called the clearest lake on Earth, with transparency of 40m or more.

Famous Russian play writer Chekhov wrote: “I myself have seen to such a depth, with rocks and mountains plunged in the turquoise-blue, that it sent a shiver all over me… I shall never forget it as long as I live.”

Baikal is home to thousands of species of plants and animals, many of which exist nowhere else in the world, one of them being the famous nerpa or Baikal seal. The lake was declared a UNESCO World Heritage Site in 1996.

Quality Tours was the first to organize the cruises on Lake Baikal back in 2000,especially for Danish and Swedish tourist market on a comfortable cruise ship Alexander Vampilov,  nowadays sailing under the name of Alexander the Great.

We are now using even more comfortable ship, Imperia, built in 2007, with passenger capacity of 45 and the crew of 18. Baikal Lake cruises feel more like being on a private yacht than on a tourist cruiser.

We have 6 and 8 days cruises, offering breath-taking views of the surrounding snow-capped mountains and rigid rocks, sandy beaches of “Siberian Riviera”, various natural phenomena, such as “walking” trees and hot springs, engineering monuments of Circum-Baikal railway and cultural and even spiritual experiences – the Shaman ceremony, the Buddhist stupas of the indigenous Buryat people. On board the ship you will have the opportunity to taste local food and fresh Baikal fish, like omul, an endemic white wish, or even catch one yourself!

We offer also various pre- and post-cruise extensions with full tourist program in the nearby Irkutsk, the capital of Eastern Siberia, Ulan-Ude, the capital of Buryat Republic of Russia, and even Mongolia. Those programs offer deep and unique insight into the historical, cultural and religious diversity of Russia, highlighting:

The two-week program Mongolia – Buryatia – Lake Baikal Cruise – Irkutsk presented on this page is tailor-made by Quality Tours for one of our clients. Many other combinations and lengths of program are available on request.

Grand Tour of Mongolia, Buryatia and the Baikal Cruise

Ulan-Ude is the capital of the Republic of Buryatia, the third largest city in Eastern Siberia with the population of about 400.000. It lies 5,640 km east of Moscow, 600 meters above the sea level at the foot of the Khamar-Daban and Ulan-Burgasy mountain ranges, at the confluence of the Selenga River and its tributary, the Uda, which divides the city.

The city is the centre of Tibetan Buddhism in Russia.

Until 1991, Ulan-Ude was closed for foreigners. There are old merchants’ mansions richly decorated with wood and stone carving in the historical centre. One of the most peculiar attractions of the city is the huge statue of Lenin’s head. Built in 1970 for the centennial of Lenin’s birth, it towers over the main square at 7.7 meters and weighs 42 tons.

Ivolginski Datsan is the most important Buddhist monastery in Russia. It is also home to a phenomenon that continues to intrigue scientists and attract believers by the thousands — the preserved body of the Khambo Lama, who died in 1927 and is still sitting upright in the lotus position. Note: the body is exhibited only seven days a year, on Buddhist holidays.

The datsan was opened in 1945 as the only Buddhist spiritual centre of the USSR. In the course of time the little “Khambin’s sume” changed into the Monastic centre with a residence of Pandido Khambo Lama, the leader of all Russian Lamas. 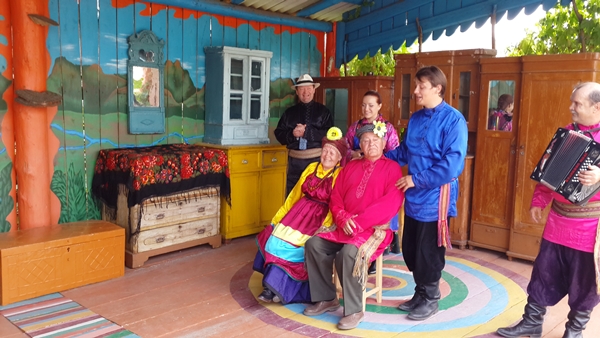 The Old Believers became separated after 1666-1667 from the hierarchy of the Orthodox Church of Russia as a protest against church reforms introduced by Patriarch Nikon of Moscow.

Russian-speakers refer to the schism itself as raskol (etymologically indicating a “cleaving-apart”).

In 1971 the Moscow Patriarchate revoked the anathemas imposed on the Old Believers in the 17th century.

Modern-day Old Believers live all over the world, having fled Russia under tsarist persecution and after the Russian Revolution of 1917.

Perhaps the highest concentration of older established Old Believer communities, with foundations dating back hundreds of years, can be found concentrated in Eastern Siberia, specifically the Transbaikal region in desolate areas of Buryatia and Zabaykalsky Krai. 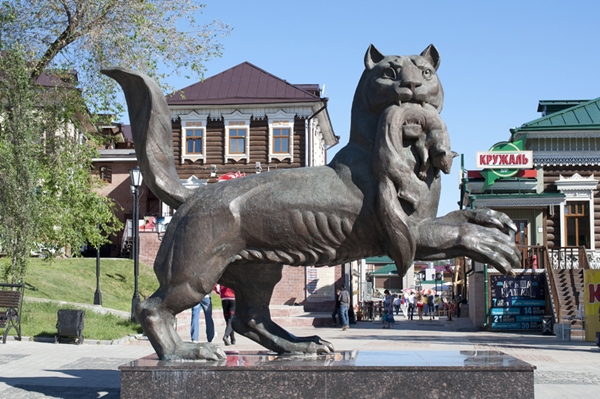 In the afternoon City Tour: the Lower Embankment, the Square of Three Churches, Znamensky (the Holly Sign) Monastery, historical part of the city and the so called 130-quarter, created for the celebration of Irkutsk 350 anniversary, featuring the old wooden buildings.

Irkutsk is the administrative centre of the Irkutsk Oblast (region), de-facto capital of the Eastern Siberia, with the population of about 600.000.

Visit to the Museum of Decembrists:

In December 1825, a secret society of young officers staged an uprising in Saint Petersburg. The uprising, ill-conceived and badly led, was a disaster. Over 120 of the conspirators were exiled. They became known as the “Dekabristi”, the Decembrists. The museum, located in the original Manor of the Volkonsky family, with its accurately recreated historical interiors tells about the life of the Decembrist in Siberia (1845 – 1856) and contains many family belongings.

Circumbaikal railway is an old part of the Transsiberian railroad, now used only by tourist trains. Within the section of 84 km from Kultuk to Port Baikal there are 424 engineering constructions and 39 tunnels. There are about 200 bridges and 14 km of walls that support the railway. All these constructions were built more than 100 years ago.

At the end of the 70’s the railway was recognized as the historic and architectural monument and now it is under government protection.

Walk at the railroad, visiting the tunnels (the longest tunnel on the Circum-Baikal Railway)

In the evening arrival at Kadilnaya Valley – the protected nature area.

Walking to the beautiful edelweiss glades. 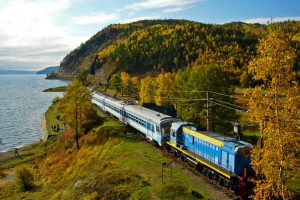 Ogoy Island is one of the “power places” of Bajkal. At the top of the island the Buddhist stupa, Stupa of Enlightenment, was built in 2005. It contains the relics of the Buddhist saints and sacred texts. It is believed that going 8 times around stupa barefoot will clean one of the anxiety and stress.

At Khuzhir meet the Shaman and observe the ceremony at the famous Shaman Rock. 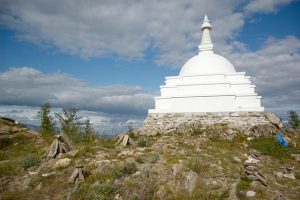 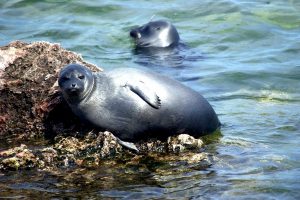 Back at the Olkhon Island, take the tour by the small caravan of UAZ – Russian off-road vehicles.  Climb the towering cliffs of the island’s northern tip and make a break for a delicious picnic in the open air with a fish soup cooked over an open fire. 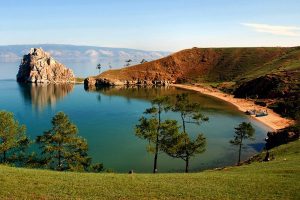 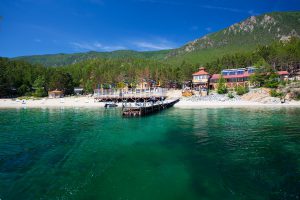 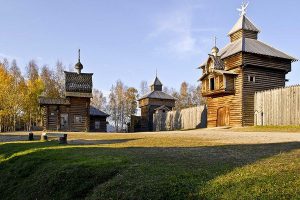